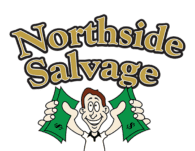 What to Know About Salvage Title Cars and Selling Them

When it comes time to finally sell your car, you’re hoping to get a good deal from them. Some often find it a breeze, especially if their vehicle is still in good shape and there’s someone in their local area who wants one. However, it’s a different story when it comes to cars that have some hefty damage on them.

There are several titles to describe cars that have been inflicted with lots of damage. One of the most common ones is the junk title, which usually accounts for a bit of damage. A step further into the scale would be the salvage title. If you’re unsure about what it means for vehicles to have the salvage title and you want to learn more, continue reading.

Salvage title cars, or salvage cars, are usually vehicles that have suffered major damage. It’s different from junk cars, which would still have the option of repair. Most states dub automobiles with the salvage title if their exterior and interior are 75% damaged, believing the entire thing is beyond repair. Once a car is given the salvage title, it retains it for life.

Here are some of the common ways that a car earns a salvage title:

Cars aren’t allowed to be repaired once they’re officially branded the salvage title. In those cases, your two main options are to either sell the vehicle or have it destroyed in a junkyard. Of course, it’d be wiser to go for the first option before so that you can get some compensation.

Most people may choose to sell the car for parts separately, but it can be quite the hassle, and you run the risk of having to deal with scraps. It would be ideal to find a deal where you can get rid of the car as a whole while getting the payment you deserve.

Some people may try to short sell you for the car or car parts they’re trying to get off of you, especially with a clean title. Salvage cars are a different story though, with most people a little more wary of buying them as they may not get anything from them.

Your best bet would be to go to a salvage yard and see how much you can get. They can take the whole salvage car, scraps and all. Just share the details, and you should be able to get a well-rounded estimate for it.

In summary, salvage cars are vehicles that have been severely damaged beyond repair and use. The condition it’s in leaves the original owner with the option of either destroying it or selling it for the value that it still retains.

What Happens to Cars After They Get Scrapped

6 Reasons to Consider Selling Your Used Car to a Junkyard

The Last Ride: 3 Ways to Emotionally Let Go of a Junk Car

What To Look For When Shopping For Used Auto Parts

We service Rochester & the surrounding areas

Sell your junk car for cash